stream, digital download and digipack/CD are available on bandcamp
Listen to the 'Perfidia' on all streaming platforms


We hereby announce the album Perfidia - premiere on 19 November 2020! 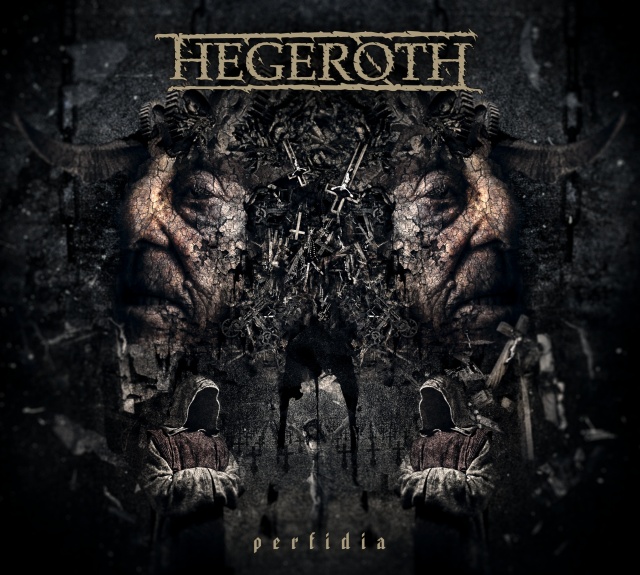 Album will be available on Spotify, Apple music, Tidal etc. on 30th April 2019. Listen and download it here:

We’ve decided to go all the way and share “Three Emperors' Triangle” album with you for free! The album can be downloaded from hegeroth.bandcamp.com, just enter price 0 for free download. Any donations bigger than 0 are welcome!

Music video „The Enforcer” promoting new album is ready. You can watch it here -> Hegeroth - The Enforcer

Our music video shooting is finished, now it is time for montage.

Our collective decision was to make a music video to
„The Nameless Enforcerer”.

17th:) version of mixes and mastering is ready!

Our debut album will be called „Three Emperors' Triangle”.

Riffs have been recorded, now we’re working on vocals.

The work on new material starts.

All fans of heavy music we want invite on April 20 to the club Cor Tu
in Olkuszu. We will play together with Formis and Armageddonizer. We invite you to a charity concert in Klub Riders in Knurów.
We will play together with Spatial and As Night Falls. The concert
starts at 19:00.

Below we present you the video recorded during the last show.

All fans of heavy music we want invite to the club Underground
in Tychy. At the stage we play with Heretique and Christ Agony. Below we present you the video recorded during the last show. Please check out for the latest "Spectral Fear" rewievs.

The song ROT FOR ME is on Silesian Butcher metal compilation vol.III
published by LTC. Hegeroth's 'Spectral Fear ' promo is on the playlist of
Heavy Metal Attack Radio.

We are pleased to invite you all to our gig taking place in Żródło club
in Katowice on the 28th of April. We will beperforming along with Humanimal.

December marked another stage of Hegeroth's dark aspirations. We have completed our "Specral Fear" promo with the last piece entitled
"For My Desires", and thus moved on to the mixing and mastering phase.

We have the pleasure to welcome everyone to visit our musical portal "Próbownia" profile.

"King Of A Morning Star" and "Rot For Me" are the two clips
that found their way to Hegeroth's official YouTube channel.
You can find them through the Links section. Watch and listen to,
enjoy and comment!

As of October the 19th, 2011 we are to be found on MySpace.
The three tunes presented there are a convention of melodic black metal.